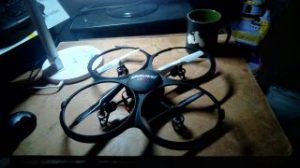 I left the teaching profession after 20-years. I opened my own small production company (Sound Ideas)along with a partner. His father-in-law was familiar with my voice-over work and knew that James was a capable engineer, who was looking for something else to do. We were financed for $5000.00. We rented a small ‘studio’, built a small recording studio, bought basic equpment and off we went. I had been doing First National Bank radio spots for Bryan and Huntsville, so we had business. I offered copies of the same spots to other First National Banks in Central Texas and was fairly successful. Then Lilly Dairies, located in Bryan, asked me to produce spots for their new ice cream novelties. James and I got to work and miraculously, we completed a series of novelty spots for Lilly Novelty Ice Cream. We placed completed recorded media in eight markets and made a nice profit. We had a few more clients and I was on a roll, writing, producing and voicing when James wasn’t available. I moved a bit fast for him, so we divided our profits, paid his father-in-law off and James went his separate way. A Houston-based agency came up with a very attractive package of TV, Newspaper and Radio ads for Texas Banks. I couldn’t compete with their print and video, so I lost the banks. We had one such a good job, quickly, for Lilly, they had no need for new material. I developed a problem with my left knee and depression set in. I did a few more voice-overs, produced live/recorded programming for a local cable company, tried insurance and real estate, taught some private voice and even glued cushions at a local furniture factory, but none of that panned out. From there, after entering the ‘black hole’ of Bi-Polarism, I had just about about given up when I got a call from Brenham to work as Minister of Music in the Methodist Church there. I did that for a year and then returned to broadcasting(I had moonlight gigs in Bryan for all these years). Just prior to my opportunity to have a role in a hit stage production, I worked overnight at KODA-fm in Houston. I was fortunate to land two roles in the Houston Company of “The Best Little Whorehouse in Texas”. From long-running peformances at the Tower Theater, we went national, appearing in 26 cities over the next three years. Our show closed in Vegas when Dolly and Bert did the movie. We remained in Vegas, in broadcasting, until my retirement. During all these years, I was a bi-vocational staff member at various churches in each city. I probably should have never left teaching, but I’m certain that I still would have sought part-time broadcasting and sales, even though I was a total flop at Real Estate and Insurance. But I still practice being a “Good Neighbor”. donchaknow. (I just had my drone(above) take a hike and my neighbor, here in the Colony, was kind enough to help me locate it, safely two houses down) So, there are some good neighbors left around today, and that’s good, since JESUS told us to love them all.  That can be a challenge without prayer. GOD Bless Us, each and every one! That’s what I get from My Box of Chocolates. AMEN

This site uses Akismet to reduce spam. Learn how your comment data is processed.